Home • LoL • Through hardship to the stars: Rating

Through hardship to the stars: Rating 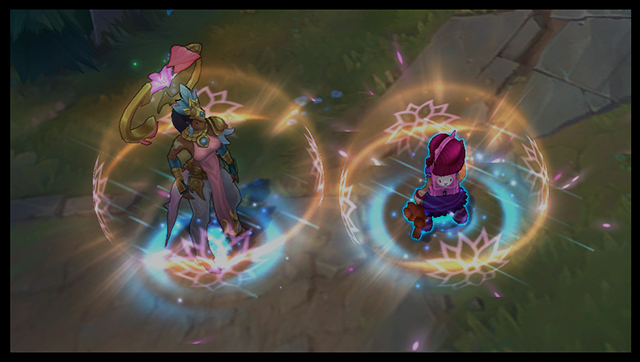 If you decide to go to the rating, then concentrate on your game. Create a comfortable conditions for yourself. Your psychological state is very important, and if you playing in a bad mood – then it is a sure way to lose precious points. In addition, in the community of League of Legend players have an unspoken “golden rule“: if you have lost 3 games in a row, it is worth to taking a break from the rank battles.

Never write in chat insults and do not abuse your allies for errors. Matchmaking system has brought you together and it means that you are playing at the same level. Mistakes are maked by everyone, but reckless rough phrase can spoil the mood of a person for the whole evening. According to statistics, players who insult allies and violate the Code of the Summoner lose 23% more often.

Use every game as a source of new experiences. Of the defeat it is possible and necessary to extract useful lessons for yourselves, analyzing the errors and the successful operations of enemies and allies. Take the time to learn all the skills of the League of Legends Champions, to know in advance what to expect from the enemy. So you can better plan your actions and beat the opponent. Keep an eye on your opponent’s behavior – which way it deviates from your skills, where and when puts a totem, play passive or aggressive. Often players do not change their play style throughout the match and follow their habits that attentive opponents can easily see through.

Keep track of when will end your totem in the bushes. For example, if the enemy has no view and recently used the jump, which recharges 5 minutes, then at that point you can ask an ally, better a forester, to come on line. Slowly kill minions, gently allowing the enemy to shift them closer to your tower. Then the enemy will be forced to continue to move away from its tower, and the forester will be easier to kill him, if the opponent tries to retreat.

Always try predict, where the enemy forester and the other members of the enemy team, and where they can go. Look at the items, follow the mana and recharge of opponent skills. Think, when you can fight with the enemy, when is better to withdraw and return to the base, and only then, with the purchased items to pounce and devour it. Notice the change in behavior – when he abruptly went to the aggression, it is quite possible that somewhere nearby hiding his forester.

Try to check these articles:

One response to  “Through hardship to the stars: Rating”