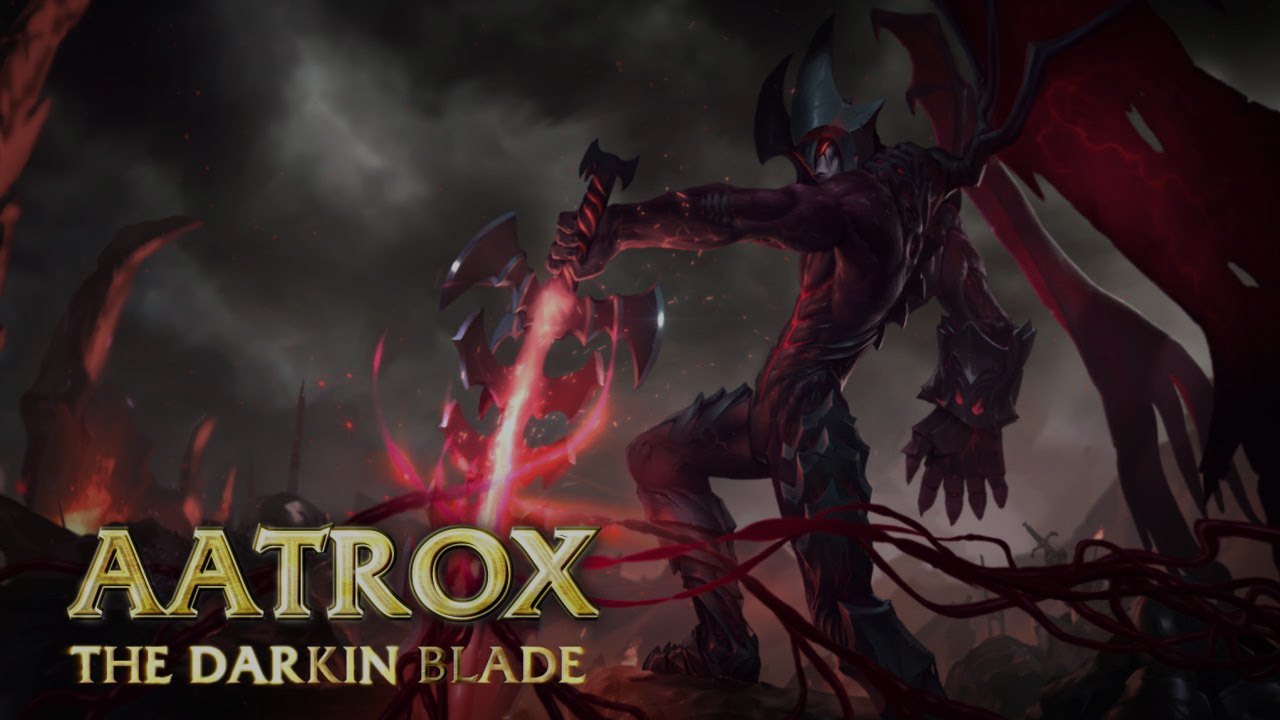 Aatrox is a legendary warrior, one of only five that remain of an ancient race known as the Darkin. He wields his massive blade with grace and poise, slicing through legions in a style that is hypnotic to behold. With each foe felled, Aatrox’s seemingly living blade drinks in their blood, empowering him and fueling his brutal, elegant campaign of slaughter.

The earliest tale of Aatrox is as old as recorded history. It tells of a war between two great factions remembered only as the Protectorate and the  Magelords. Over time, the Magelords won a series of crushing victories, leaving them on the brink of obliterating their sworn enemy forever. On the day of their final confrontation, the Protectorate army found themselves outnumbered, exhausted, and poorly equipped. They braced for inevitable defeat.

Just when all hope seemed lost, Aatrox appeared among the ranks of the Protectorate. With but a few words, he urged the soldiers to fight to the last before throwing himself into battle. His presence inspired the desperate warriors. At first, they could only watch in awe as this unknown hero cleaved through their enemies, his body and blade moving in unison as if one being. Soon, the warriors found themselves imbued with a potent thirst for battle. They followed Aatrox into the fray, each fighting with the furious strength of ten until they had won a most unlikely victory.

Aatrox vanished after that battle, but the Protectorate army’s newfound fury did not. Their surprising triumph led to many more until they were able to finally return home victorious. Their countrymen hailed them as heroes, but though they had saved their entire civilization from destruction, darkness lingered in the mind of each warrior. Something within them had changed. Over time, their memories of battle faded, only to be replaced with a grim revelation: their acts of heroism were, in fact, brutal atrocities committed by their own hands.

Tales like these appear among the myths of many cultures. If they are all to be believed, Aatrox’s presence has changed the course of some of the most important wars in history. Though these stories remember him as a savior in dark times, Aatrox’s true legacy may be a world filled with conflict and strife.

-Whenever  consumes a portion of his health, he stores it into his Blood Well, which can hold up to 105 – 870 (based on level) health. The Blood Well depletes by 2% per second if Aatrox hasn’t dealt or received damage in the last 5 seconds.

–  dashes to the target area after a brief delay, dealing physical damage to nearby units upon landing and  knocking up all units in the epicenter for 1 second.

TOGGLE OFF – BLOOD THIRST:  heals himself on-hit. While Aatrox is below 50% maximum health, heal is tripled.

TOGGLE ON – BLOOD PRICE:  consumes a portion of his health to deal quadruple its health cost as bonus on-hit physical damage.

ACTIVE:  unleashes two converging energy waves in the target direction, dealing magic damage to all units hit and  slowing them by 40%.

ACTIVE:  draws in the blood of his foes, dealing magic damage to nearby enemy champions and filling his  Blood Well by 20% of its maximum value for each enemy champion hit.

simple enough (in terms of mechanics) and an interesting character, which can go both on the top / mid, and in the jungle. In other words – Aatrox very multifaceted character, so for him there are many different builds, but in this guide I will discuss is the standard build, which is suitable for the lines, and for the jungle.

At the beginning of the game when you’re standing on the lane, you should wait until your opponent uses any skill and yet these skills on his cd – jump on it the Q, E, and slow down and autoattack him with your Passive on the damage. After that switch the Passive Mode to heal and beat the creeps.

In teamfights always try to attack the carry – your damage completely allows you to do it. Try to not start the battle with Dark Flight – with this power you can catch fleeing enemies. Your ally should initiate fight, and you should only follow him 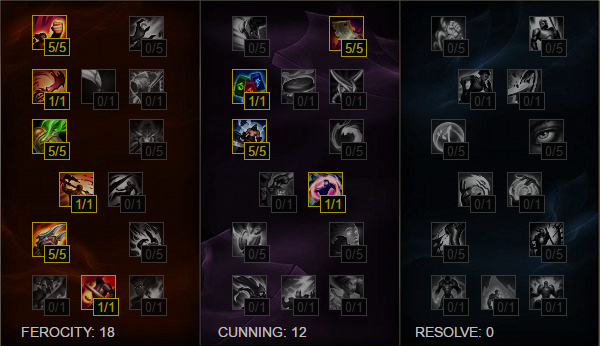 Also try to read this: