In order to better understand how to play League of Legends, first you have to familiarize yourself with the in-game vocabulary used by the community. Here are some key terms you’ll see quite often: 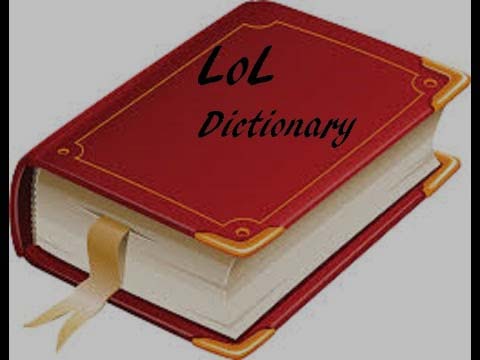 AP = Ability Power, this stat boosts the effectiveness of abilities;

BD/BACKDOOR= To attack the enemies’ towers and base without the cover of your creeps there;

CC = Crowd Control; it defines moves that limit enemy champions’ ability to participate in fights such as stun, fear, knockbacks/ups and blind.

CD= Cool down, the time you have to wait in order to use the same ability again;

Farm = killing many creeps in order to gain gold, experience and to push the lane.

Feed = A player who dies constantly “feeds” the other team with the gold reward for killing someone and experience. A player who is “fed” has a lot of kills.

Harass = to annoy the enemy with small bursts of non-lethal damage in order to force them to leave the lane to heal or to be set up for a gank.

MR= Magic Resist which works as armor against magic abilities, reducing the damage.

TP = The summoner’s spell “Teleport” used to traverse the map;

GL, HF = Good luck, have fun! They are usually said before the match in order to encourage the allies/enemies;

DISC, DC = Disconnected from a game;

Bait = to deliberately appear in a position where you can be easily attacked so as to make 1 or more players from the enemy team to be attacked unexpectedly by your team;

Gank = an ambush; to go (often with more than one player) and try to kill an enemy by surprise; it is technically an abbreviation for “gang kill.”;

IP = Influence Points, the in-game money that anyone can earn by playing;

Smurf = a low level account played by an experienced player in order to face lower opponents;

BG = bad game for games with leavers/purpose feeders etc. However, this phrase is not nice to be said even if you lost the match;

Premade = Same as AT;

CS: “Creep score.” The number of minions you’ve killed in a game.

Wave clear: A champion’s ability to kill an entire wave of enemy minions in one fell swoop or very quickly.

Kiting: Running away from an opponent while simultaneously dealing damage to them.

Leash: A method used to help junglers by attacking monsters in the jungle to chip away at their health and/or distract them while leaving the final kill for the jungler teammate.

Check this links to master LoL: