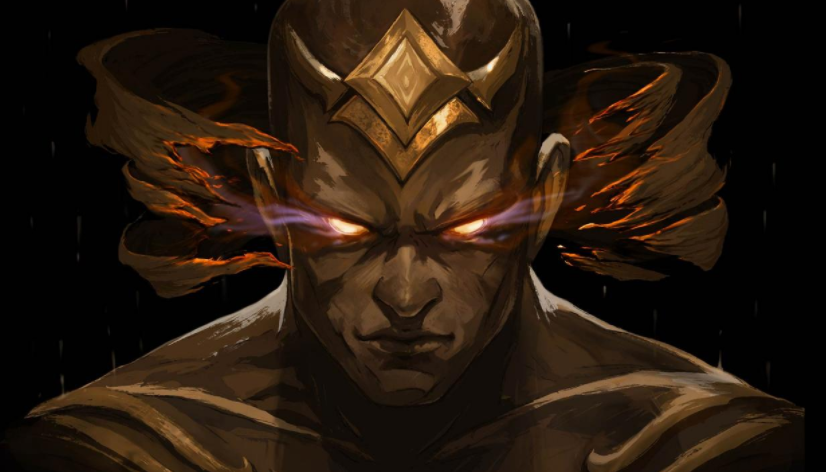 Skin creation in the League of Legends is like traveling, your opportunities are unlimited, but this journey will be useful if only you know where you want to be. That’s why skin creation begins from the creation of the concept. In this short description written all information about this skin, like it’s sound effects, video effects, voice, style, etc. Is serves as a compass that leads to the really great champion skin.

God Fist Lee Sin concept was – “Lee Sin is a God“. And on the every step developers look at work they already done and ask themselves a question: “Now he looks like a God?”. If the answer was positive they move ahead, if negative – they thinking about changes that they can apply.

What do we mean when say that Lee Sin is a God? Who is this guy? Is he really a god, or just semi-god, quarter-god? What his history?

To answer this question we created a legend about God Fist – a simple man, that training a lot, always looking for stronger opponents. After numerous battles, he was equaled to the Gods in strength.

Lee Sin passed through intense training and obtain such power, that he now can feel the energy that pierces through all world. He is still blind, but Gods do not need the eyes.

No more a human, but still not a god

Lee Sin was a little too thin, so developers made him a stronger, to show all his nearly god powers that flow through his body. God Fist’s previous models look like bodybuilders but in the end, they abandoned that idea. He still stronger than an average human, but still not a god.

Animations and effects of Lee Sin were uneasy to change because developers need to save accuracy of the game process. Players rely on the visual effects when they playing as this champion, so Riot tries to highlight his divinity without touching appearance of this monk.

The really hard problem – is to find the right visual effect for his fists, that will highlight his divinity. Firstly they tried elemental magic, like fire fists, electric fists, but all them look more chaotic than divine. And golden aura perfectly highlights his divinity and shows to us his powers. 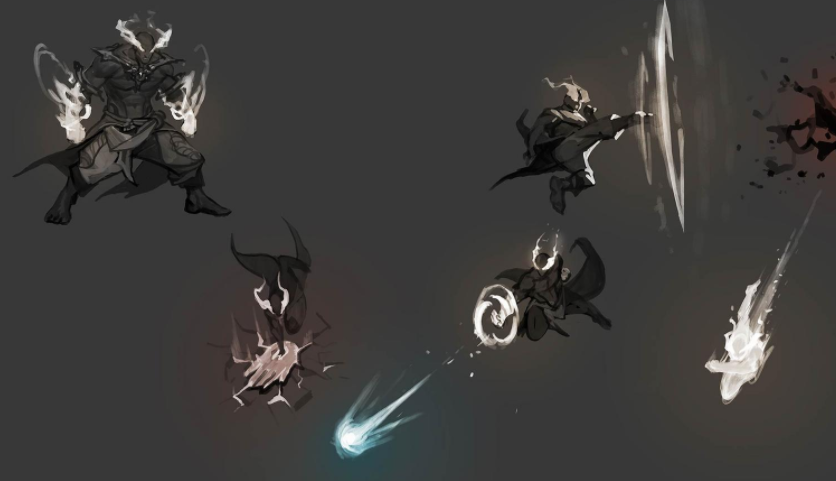 Even the death of the God Fist Lee Sin looks like his mortal body dies, but his divine essence rises to the skies. When health bar of this champion hit the 0 mark, his body falls to the ground, and golden aura is ascending.

Phrases of the Lee Sin must reflect his history, and I think that Lee Sin can not become a Full God because he just can not find the worthy opponents. And because of that, his voice is impatient, sharp, and rather arrogant … And he not realizing that the reason he did not reach divine heights lies within him. This is the story we learn from the monk’s replicas.

Skin creation is hard work because developers need to know that they thinking in the one way. In the end, with a common vision, all the elements of the project, from the visual effects to the voice and the character model, will together become one.