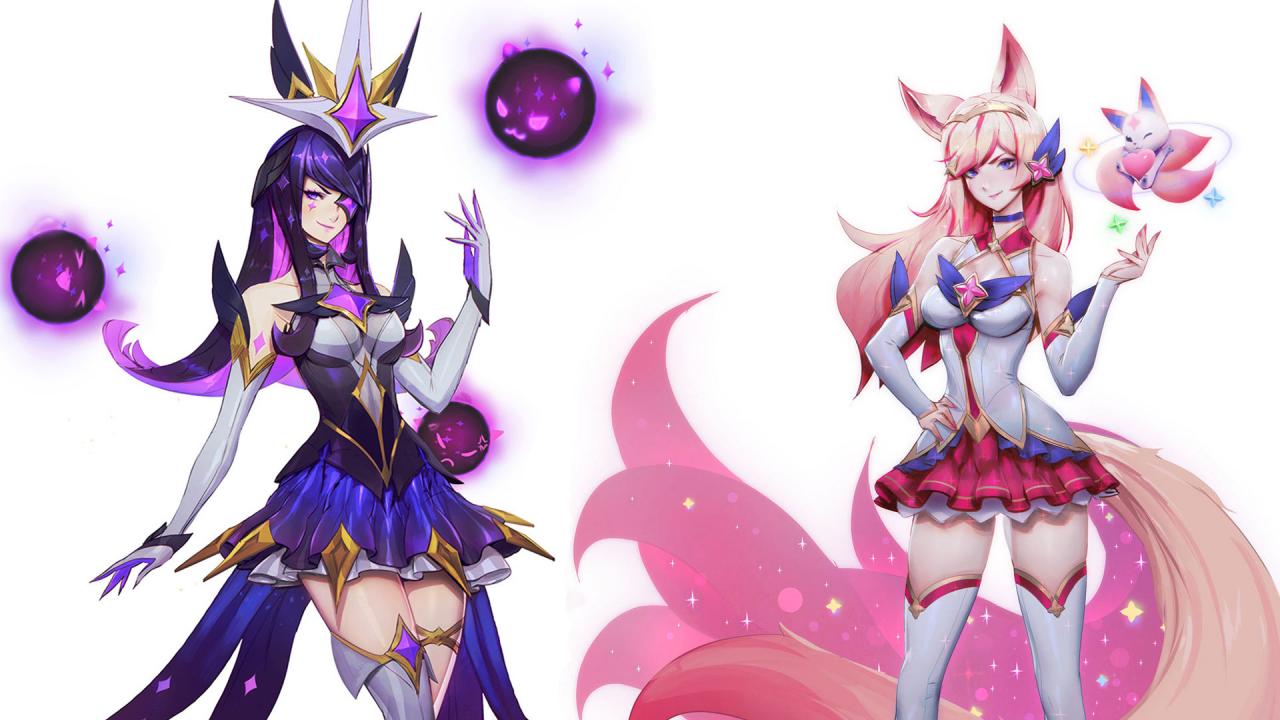 When the first Star Guardian team was created, the designers had to study the whole universe; the next time they had to introduce characters into an already existing world. They had to be harmoniously combined with this universe and not seem to be strangers in it, but at the same time to be separate from everyone, a unique team. In part, this was achieved through a darker history, in part due to their appearance.

Last year the Star Guardian team tried to overcome internal conflicts in order to fight evil together and save the world – this topic is most likely close to the majority of players. “We acted for sure,” says senior concept artist Paul “Riot Zeronis” Kwon. “And it seems to me that it was justified because we were going to introduce a new direction to the League.” But this year we want to act riskier. 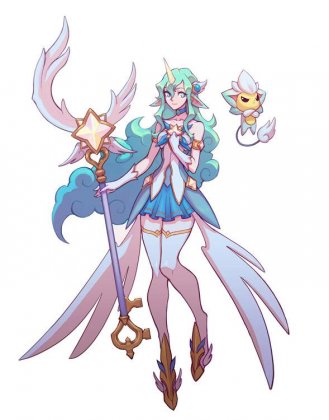 One such risky decision is the choice of champions who diversify the Star Guardian team. “We took into account several factors: what champions came up with the concept, what players wanted to see in this capacity and what champions could work with each other in the team,” says product manager Carlos “I am Carlos” Hiffoni. “But our global goal was to find champions, which we could make as different as possible.” Thus, Ezreal has become quite an obvious choice: this is the first man among the Star Guardians. Sindra exposes the function of a darker and more mysterious character. Add to them a healer, a quick-fire marksman, a charismatic leader – and here’s the second team of Star Guardians ready to be created.

Create five new unique skins at once – too difficult task for any artist, so this case was entrusted to several designers. Riot Zeronis served as the head of the project: helped to find the general direction in which the remaining artists were supposed to work.

For example, for the first Star Guardians, the main symbol was a five-pointed star, but the developers wanted to emphasize the difference between teams, having redesigned the design of this symbol in a new way. “We had to spoil a lot of napkins before we met on a four-pointed star,” says Riot Zeronis.

After the general direction was chosen, the artists separately (mostly) worked on the design of each champion. Riot Zeronis periodically collected all the sketches to conduct a so-called “compatibility check” and make sure that all images corresponding to the same universe. He looked at the following parameters: whether the colors match each other, whether the artists use the same style, whether the shades of gold match, whether there are too similar or too different suits. And, perhaps most importantly – whether this skin looks equally cool in itself and in combination with the rest.

He repainted each model, that is, in fact, he created anew existing sketches to deal with compatibility issues. After that, the artists continued their work. For all the time this process was repeated more than fifteen times. “Perhaps I was too confused, it seems, I had a temporary clouding of consciousness,” – admits Riot Zeronis.

“On the other hand, it never happens that we make the first sketch and immediately approve it, we want to do everything perfectly,” says I am Carlos.